James Gunn has been Rehired and Reinstated as the director of Marvels: Guardians of the Galaxy 3.

Eight months ago in July of 2018, Disney and Marvel fired the Guardians of The Galaxy franchise director James Gunn, after James had already created the Script for the third installment in the franchise , when 10 year old social media posts resurfaced about making jokes about rape and pedophilia. Al though they were just jokes and happened a long time ago they still continued to affect his career. Here are some of the  posts he made that have now been deleted: (Disclaimer some of these may be considered offensive to some viewers) 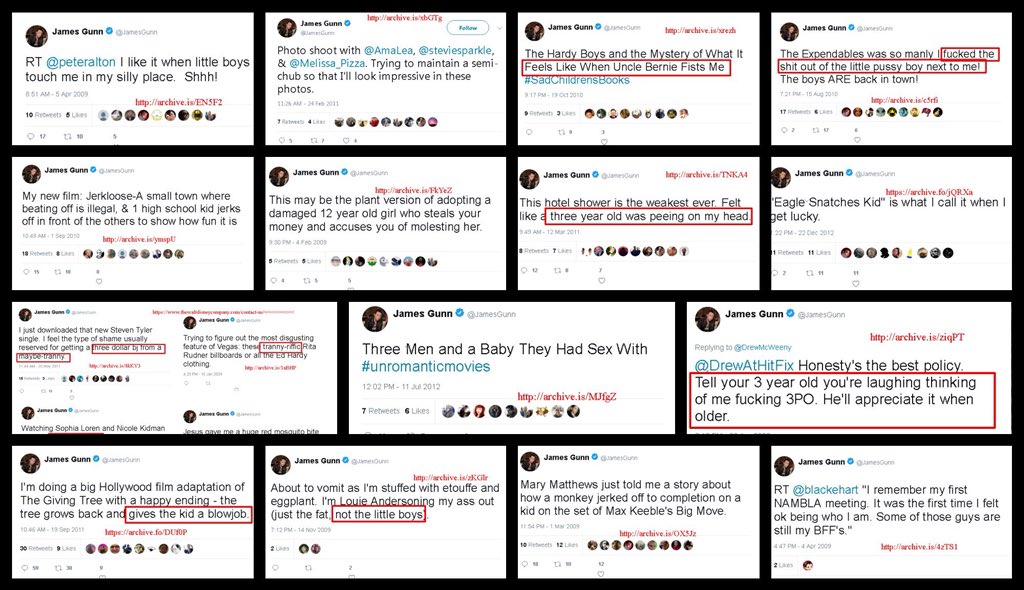 I personally think people can change and somethings you say/think in the past may not be your views anymore. James Gunn also said numerous times when he was fired that he they were jokes he made in the past and with some people that have a dark humor I can see why he would say that. However, he also said that he has changed and is not that person anymore.

After he was fired there were a lot of fans and actors that sided with James Gunn like: Chris Pratt, Michael Rooker, Karen Gilligan, Zoe Saldana and Dave Bautista. They all went to twitter and other social media pages to defend him and try to force Disney to bring him back.

Dave Bautista also known as Drax from Guardians of the Galaxy 1 and 2. Was one of the most enthusiastic people about the situation at he first said that he wanted James Gunn to be re hired, he then continued and said that if James Gunn wasn’t re hired he was going to quit and not continue playing the character in the third installment of the franchise.

A few weeks after Disney fired James Gunn, he signed a deal with the DC Universe which is a direct competitor with Marvel. He signed to do the reboot/sequel to the Suicide Squad movie that is set to release in 2021. Now That James has been re hired he has a lot on his plate continuing from here, he will still be working on the new Suicide Squad movie which is coming out in 2021 and Marvel has agreed to hold of the production of Guardians of the Galaxy until  2022 so that James can finish Suicide Squad and be focused on Guardians 3.